1. Across the Universe - Fiona Apple

5a. Audioslave - Show Me How To Live

7. In Your Eyes - Peter Gabriel

7b. Carry On My Wayward Son - Kansas

8. Music from the Karate Kid


Posted by Blergalicious at 9:03 AM No comments:

What I Learned from a Consecrated Nun About Sexuality...

About a week ago I gave my seniors an assignment. I asked them to watch a video from the now famous religious sister, Cristina, who won the Italian version of The Voice. The video I had them watch was a cover of the Madonna song "Like a Virgin". Obviously, right off the bat, there are any number of things which one might find objectionable about a nun performing this song. Indeed, I can hear the complaints right now. "So what you're telling me is that a Catholic nun covered a song by the pop star Madonna, a woman who has- for decades- summarily pooped on everything associated with Catholicism, notwithstanding her use of the name Madonna, which is of course one of the reverential titles for the Blessed Virgin Mary? Making matters worse, the song selected by the sister is the same one which is most famous for turning the concept of "virginity" into a kind of provocative come-hither. Does this really seem like a good idea? Is it not a terrible scandal for a consecrated religious to go public with something like this? Or even worse, is this not yet another bizarre and pitiful attempt on the part of a religious person to appear 'relevant'?" 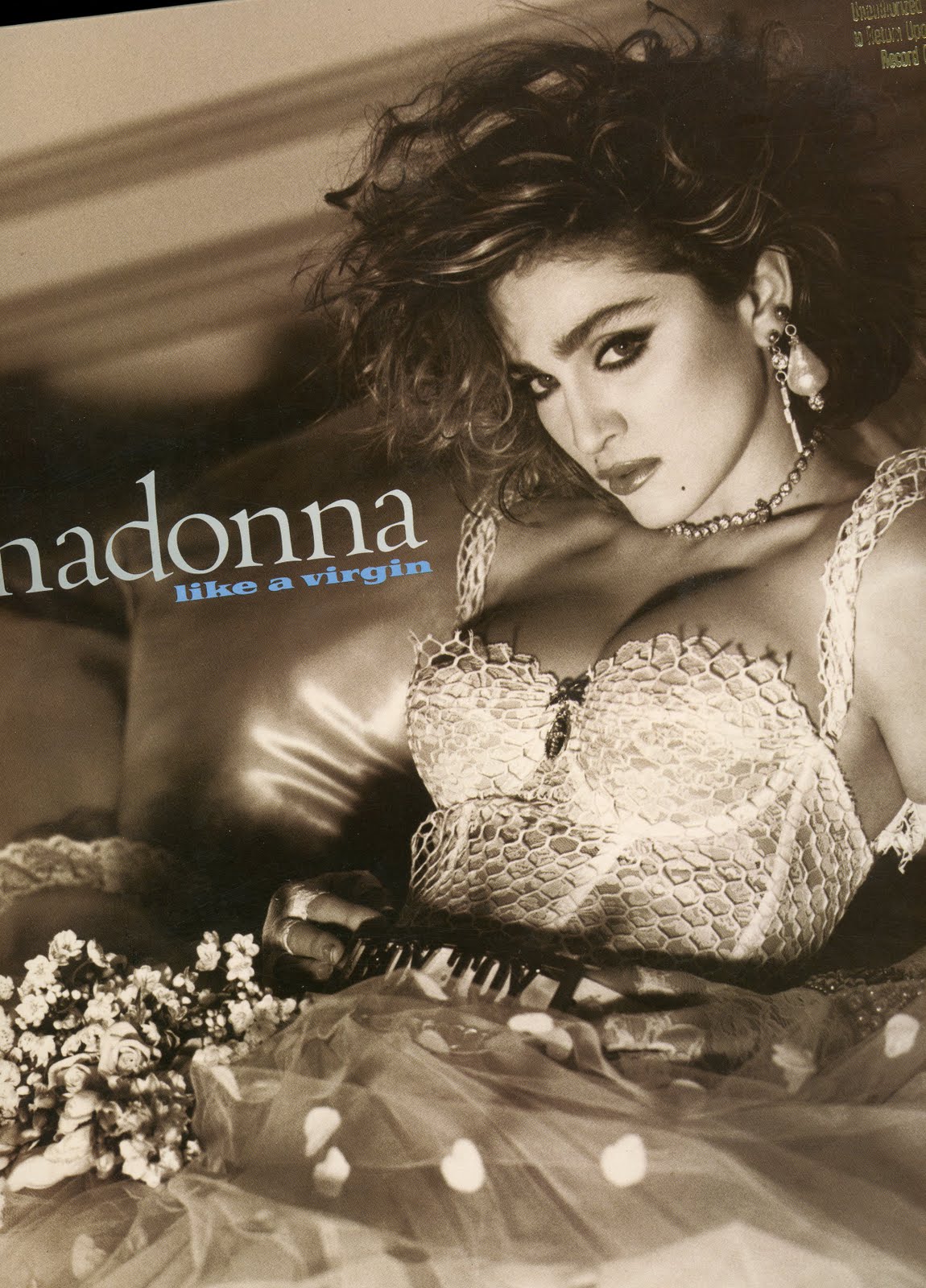 So this was the assignment I gave my students. They were simply to watch the video and tell me if they found it "sacred or profane". I wasn't exactly sure what to expect, but I have to admit I was a bit surprised by the result. Indeed, the majority of the ones who spoke up (both male and female) regarded the final product as over the line, claiming that they understood what she was trying to accomplish, but felt somehow that she shouldn't do it. All the same, these students were certainly not alone in their discomfort. As a matter of fact, any number of people on social media expressed a similar displeasure.

The general criticism goes something like this: not only should the song never have been covered by a consecrated woman, but the singer, some complained, didn't even have a great voice. They pointed out that were she not a nun, she would not have even been noticed (similar arguments could be launched against Madonna and what she brings to the table, but I digress). I wanted to begin with this particular criticism simply because, while it may be true on one level, it is irrelevant to the most important question this discussion raises. Is it possible to take something which borders on pornography and attempt to repurpose it for something holy? And secondly (and perhaps more poignantly), is a religious sister really the right person to attempt this, especially when the song she performs seems to be dealing with subject matter that threatens to undermine the integrity and purity of a vocation that generally steers clear of such controversy?

The answer (in my humble opinion) is yes. Let me begin by saying that I am just as surprised by this conclusion as some of my students were. After all, the idea as it is presented sounds preposterous (not to mention potentially blasphemous). For this reason, some have understandably concluded that it is wise to avoid the controversy altogether. Indeed, how easy is it to have your reputation sullied by associating yourself with such a person, let alone singing her music? But here is where I would offer a little push back. Is it always the case that the devil should be the victor in this life? If someone like Madonna comes along and abuses a beautiful thing like virginal purity, should one simply stand aside while another systematically defiles it? In a similar vein, if Madonna seeks to use her own name as a means to create a perverse association with that of the Blessed Virgin Mary, is our only alternative to stomp and shout?

Some time ago I watched a movie called The Gift. It was not what I would call the greatest movie in the world, but there was one particularly profound scene. Early on in the film, a child asks his mother; “What does the word f—— mean?” His mother responds; “It is an ugly word for something beautiful.” And that is precisely the point here. What is profanity but an empty show? Indeed, the term pornographic would have no meaning at all unless there was an original good to corrupt (viz. sex). Hence, without the sacred there would be nothing to profane.

When people claim (and complain) that Madonna, through songs like this, has turned something beautiful into something ugly, I am right with them. But what good does such anger accomplish on its own? Yes, it is important to express outrage, but would it not be far more effective to use the same medium in order to turn "swords back into plowshares and spears back into pruning hooks"? They are, after all, made from the same material.

However, some might contend that because the original intent of the artist was so despicable, the piece is therefore irredeemable. In response to this concern I would like to offer the Christian cross as an interesting counterpoint. The intention of the demonic "artist" at Calvary (i.e. Satan) was not all that different than Madonna's, for he likewise sought to creatively and effectively undermine purity and goodness in the name of his own wretched form of pornography. But God also had a plan of his own, a plan which involved taking this profanity of profanities and transforming it into the most exquisite work of art in the history of the world (remember- the cross itself was considered "a scandal"). Yet the question remains: how could something so ugly and wicked be transformed into something so beautiful?

There is nothing in Creation however twisted and/or distorted that does not ultimately find its origin in God. Thus God, in his providence, seeks to reclaim everything (including sex) and bring it under his dominion. Consequently, the only thing left in the world (profane or not) that ultimately cannot be re-claimed/redeemed by God is the will of one who refuses reclamation.

The best argument in my opinion against the sister performing this piece is the question of prudence. Yes, theologically it may be fine, but what about how it looks to the audience? I do not dispute that her decision to perform this was provocative and risky. However, here is why I think that she made the right, and dare I say it, prophetic choice. As a simple consequence of listening to her version of the song, I found myself converted to her vision of it- not only because she presented a purer way of interpreting it, but also a purer way of seeing Madonna herself. Moreover, what the nun's version reminded me was that the words of the original song do in fact have a redemptive quality to them, and that the majority of Madonna's musical catalogue is not filled with vile euphemisms. What has made Madonna infamous all of these years is not her song lyrics, but rather her twisted use of the music video genre. Indeed, if you listen to the majority of her songs, you quickly come to realize that they consist primarily of innocuous and catchy love ballads- as well as some more serious ones (e.g. "Live to Tell", and "Papa Don't Preach").


Perhaps the greatest irony of all, though, is that Sister Cristina's rendition of the song actually winds up redeeming a song which was really about redemption in the first place; "I made it through the wilderness… somehow I made it through. Didn't know how lost I was until I found you…" This version even made it possible for me to imagine redemption and purity for Madonna herself, as if Sr. Cristina herself were showing Madonna the true way out of the wilderness. Yet in spite of all this, what has, in all likelihood, turned so many people off to the idea of this performance is the picture of seeing a nun in habit singing a song which has obvious sexual overtones. Nuns aren't supposed to talk or think like that!


Nevertheless, just because a nun (or a monk) takes a vow of virginity/celibacy does not mean that they are asexual. Yes, they shouldn't speak of such things flippantly, of course, but neither should they pretend that their vow is a repudiation of the beauty of human sexuality. Their devotion to God does not make them sexless- rather it means that they are in a sense, "saving themselves" for the True Wedding Feast of Heaven. Hence, when a sister sings about "love until the end of time", or "saving it (love) all for you" it actually prevents it from being the same old pop platitude, and restores it something that is actually true. And what brings this point home so powerfully in the video is that you can see that Sr. Cristina not only means the words, but her habit is a most profound testimony to that reality. Clearly the same cannot be said of the original video, which is little more than a four minute long "selfie".

Nevertheless, if you still find yourself immensely uncomfortable with the idea of a habited nun releasing a music video that possesses sexual connotations, simply consider just how tame all of this is in comparison to the testimony of St. Teresa of Avila, a female doctor of the Church who once rather candidly (and provocatively) described her own spiritual encounter with God in this way:

"Beside me, on the left, appeared an angel in bodily form.... He was not tall but short, and very beautiful; and his face was so aflame that he appeared to be one of the highest rank of angels, who seem to be all on fire.... In his hands I saw a great golden spear, and at the iron tip there appeared to be a point of fire. This he plunged into my heart several times so that it penetrated to my entrails. When he pulled it out I felt that he took them with it, and left me utterly consumed by the great love of God. The pain was so severe that it made me utter several moans. The sweetness caused by this intense pain is so extreme that one cannot possibly wish it to cease, nor is one's soul content with anything but God. This is not a physical but a spiritual pain, though the body has some share in it—even a considerable share."


Puts things into perspective, doesn't it?