Christmas and the Romance of Night

When an atheist, agnostic, or general cynic wants to needle a Christian, especially around this time of the year, they either bring up the so called "pagan origins of Christmas," or they make some joke about how they themselves will be celebrating the Solstice rather than indulging in a phony celebration involving some bearded fat guy in a red suit. By dismissing Christmas in this way, they see themselves as somehow superior to those who are still willing to buy into such childish legends.

Now whether or not they are correct about the birth of Christ (viz. that Christ's birth was superficially placed over a pagan feast day), I cannot say with absolute certainly. What is indisputable is the fact that Christmas actually did succeed in replacing the former. Indeed, so universally beloved is this season that even when people no longer embrace the religion, they cannot bring themselves to deny the feast. However, what is more interesting to me is not simply that people still like Christmas after nearly two thousand years (which is amazing in and of itself), but just how Christmas has change people's perception of reality. 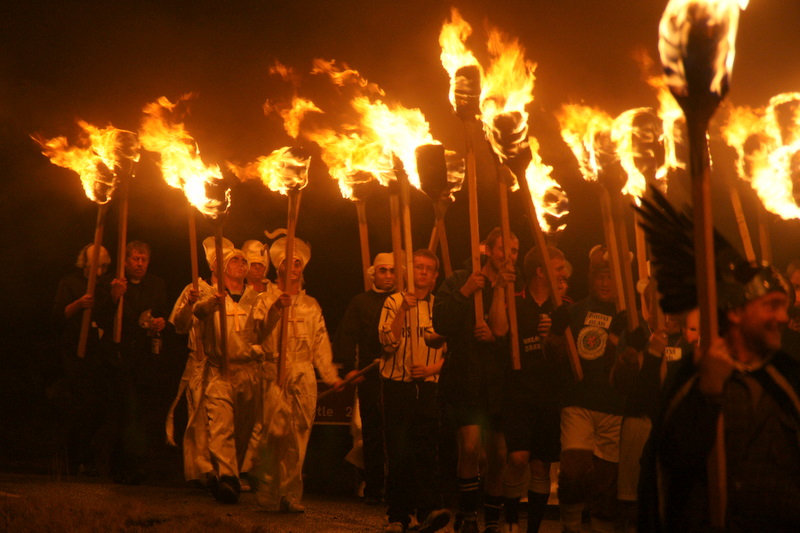 While there are many things I could focus on here, for brevity's sake I will stick with the original theme (i.e. the Solstice and pagan feasts).

First of all, I have nothing against people celebrating Sol Invictus (i.e. the victory of the "unconquerable sun"). Let us together raise a toast to that giant orb in the sky that gives us life and light (though it feels a little superstitious to thank a celestial body and I thought that's what we were trying to avoid). In any case, celebrating and worshipping light and/or the source of that light, would seem natural enough. In fact, I would be surprised if such a practice wasn't as old as the hills... literally. Nevertheless, what cannot be ignored is just how the birth of Christ changed, and in fact truly elevated, this simple idea of the celebration of light coming into (or returning to) the world.

From a distance it would seem that the celebration of the Nativity of Christ is merely a continuation of this popular idea. And it is a continuation of it- but for one very significant addition. Yes, part of the romance of Bethlehem is the idea that the "true light" has come into the world, but there is also something far stranger which is introduced here, something far more paradoxical.

In the ancient world there was no "romance with the dark." The dark represented everything that we still recognize as fearful: death, blindness, evil, confusion, wickedness. The only kind of romance there may have been with the dark is the kind that humans still "enjoy" today. Indeed, some like the dark because it provides cover for their wickedness. Formerly a tameless and terrifying beast, darkness in this context has ultimately become domesticated. The dark may still have its shroud of mystery (and no doubt it does), but now it is more the mystery of a starry starry night, an evening of moonlit musings, perhaps even carols by candlelight, or a Christmas Market in Germany. The warmth that radiates from that primitive barn at Bethlehem, still sheds light into the grotto of this dark world.

Yet what Christmas invites is something far more compelling than the act of making a primitive barn seem somehow cozy and appealing. By the pure light of reason we already can intuit that we should celebrate the dawn, but who would have ever considered that we would come to celebrate the beauty and majesty of the night. Indeed, so beautiful is this season leading up to Christmas and beyond, that it is no hyperbole to suggest that we are downright dreamy and nostalgic about it; "O Holy night", "Silent Night, Holy Night," "It Came Upon a Midnight Clear", 'Twas the Night Before Christmas." Even the cold and snow becomes the object of our nostalgia this time of year. Consider how the cold of winter gets idealized in light of Christmas, and how death and baroness somehow get turned into a cause for celebrating a "White Christmas'", not to mention countless songs that appear to brag about just how cold it is outside.

Still, what is most incredible about this particular version of Sol Invictus, is the method by which this "victory" comes to pass.

If the so called Unconquerable Sun actually entered into our midst, it would certainly conquer everything it came into contact with, but there would literally be nothing left to celebrate. And in the same manner, if God had chosen (at Bethlehem) to enter into the world in all his glory, no one could have endured it. However, he apparently opted to make a very different type of entrance, a method of conquest that to this very day still provokes a riot of hymns, poems, movies, and artistic renderings the absolutely run the gamut. At a grotto in Bethlehem, he chose to light up the darkness, not as some terrifying autocrat might do, blazing and blinding humanity with his glory, but rather doing so like some tiny ember tucked into the heart of the world, slowly thawing out the hearts of humanity from the inside out. Indeed, as opposed to merely cursing the darkness, he chose instead to give it a little bit of ambiance and atmosphere to otherwise dreary state of affairs. He sought to prepare humanity for the dawn of his coming by giving it a "night light", temporarily shrouding His glory, if for no other reason that everyone might ultimately receive it.

Consequently, whenever we encounter a yard tricked out with an assortment of lawn ornaments, or a host of lights dangling from the rooftops, or even an adorable little tree all aglow with the joy of the season, we should (before all else) be reminded, not only of the brighter days to come, but of something still more marvelous yet- a warmth that should truly "make our spirits bright" (even in amidst of the darkness), a paradox of beauty and wonder that can only be summed in these stunning words of the Psalmist; "with Him even the darkness is not dark; the night is as bright as day, for darkness is as a light to you." Psalm 139:12 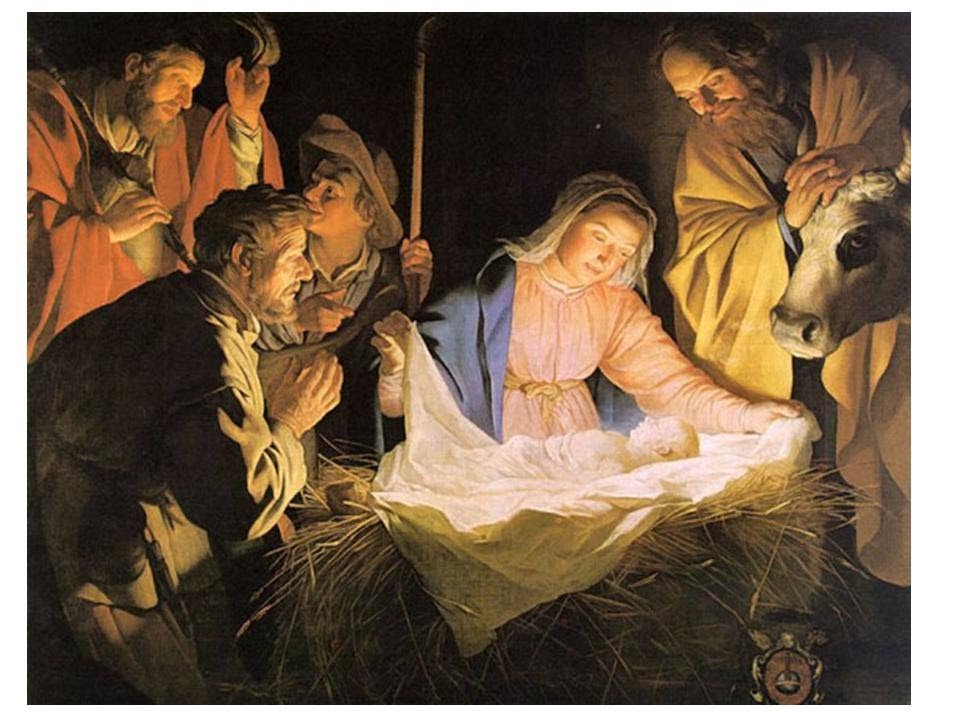 Hate Christmas Shopping Like I Do? Here's Some Poetic Inspiration For You...

When doing some Christmas shopping it never hurts to use one's poetic imagination in the service of this painful task. For example, whenever I go Christmas shopping at the mall, I tell people that I've just been to hell and back again for my wife. If they inquire further, I simply point out that for me the Netherworld consists in enduring the local mall, beginning with the general limbo of being anywhere outside during this time of year, and then progressively moving from the parking lot (which may in fact be the outer rung of hell), all the way to the inner sanctum, or bowels of hell the mall, if only to redeem one of the few worthy items that have been surreptitiously confiscated by some beast out of the Apocalypse. Perhaps this is a little bit heavy-handed and self-serving, but there is a real point here. So often we lose a sense of the beautiful and heroic in our day to day actions because we fail to recognize that whenever and wherever we exercise virtue it is always dramatic and heroic no matter the circumstances. After all, the very same virtues that we exercised when we first fell in love (and it came easy), are the very same ones that we employ when we perform some everyday task (after the initial thrill wears off), and that includes those tasks which are particularly displeasing. In fact, generally speaking, the more unpleasant, the more gallant and noble the behavior. Yes, it is impressive for a man to stand out in the rain when he is in love, but how much more so is it when he has been in love for 20 years, and he is holding a shopping bag instead of an engagement ring? 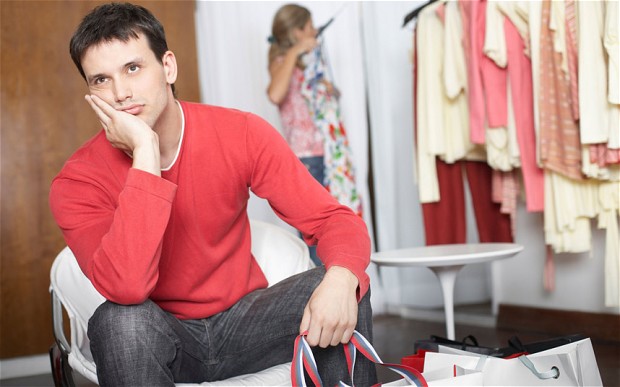 If one could only see one's actions in this manner, one might just find greater inspiration to be more romantic all of the time. Indeed, if man could just recognize that what makes his life beautiful is not merely a set of harrowing circumstances (like some Christmas DieHard film), but rather the resiliency he demonstrates in fighting the day to day "armageddons" that are waged in our hearts, those that threaten the very existence of our true happiness. Ironically, the biggest threat to man's triumph in this battle is not even the fearful opponent that he faces, but rather the odd detail that before anything else, he must be convinced that he is already fighting the battle (or failing to fight it).

The "fantasy genre" frequently attempts to make this connection. Consequently, I suppose it is appropriate (in a sense) that Fantasy Football, via Pepsi, might assist us in articulating this point:


The true purpose of "fantasy", as introduced here, is not mere escapism. To the contrary, it helps us in seeing our lives, however mundane they may seem, as God sees them. In fact, as it is depicted here, one man's mundane, may be another man's fairytale (and vice versa). And they are both right! They are champions to each other, as well as champions in their own right.


A healthy Christian imagination knows that the battle for goodness may simply involve one amazing act of courage, though it is far more likely to involve a whole series of tiny martyrdoms; like working a job that you don't like out of love for your family, or caring for some family member that lacks any appreciation for all you've done for them. It is this boldness and bravery that ultimately gives one the courage to persevere against the greatest foe, death. Indeed, whenever we exercise these muscles of virtue (as opposed to letting them atrophy), we are truly becoming strong in the spirit, or rather we are going to hell and back again, if only to bring back a jewel from the jaws of the beast worthy of one so beautiful as our beloved bride.