The "Bullies" of Good Friday… and their Circular Logic 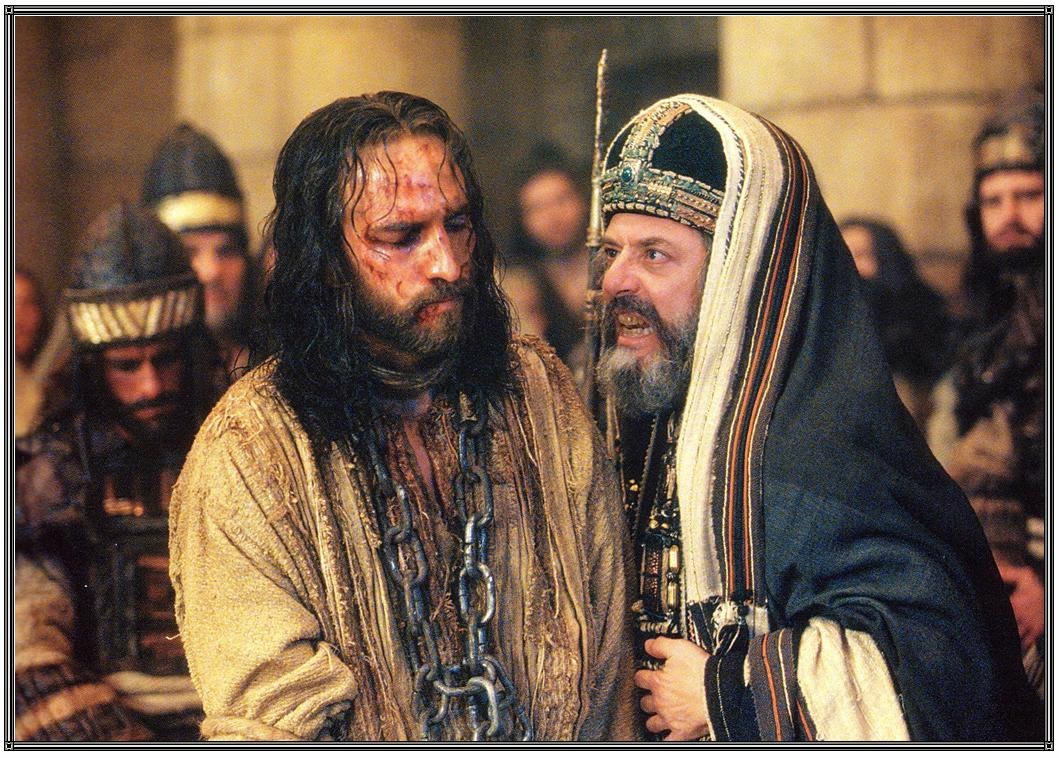 Growing up, one of the things I noticed about the habits and practices of bullies (including myself, for a while) was that- among other things- they tend to repeat themselves. In other words, they would fix onto some unsuspecting prey, and their reasons for "ramping up the rhetoric" tended to be quite circular. If they offered any reasons at all for their desire to brawl, those reasons seemed superficial at best. In most cases, they simply needed sufficient grounds to justify it to themselves, and some kind of lame pretext for starting the fight (even a bully needs to justify his actions to some degree).

For instance, when I was in sixth grade, I really wanted to start a fight with a kid named Adam Johnson. A few other kids, hoping to see the same thing, threw my books on the ground when I wasn't looking, and then claimed it was him. I suspected what they had done, but I didn't care. I walked right up to him and said; "Why you wanna throw my books on the ground?" He responded curtly; "I didn't do it." So I responded again; "Why you wanna throw my books on the ground?" This verbal repetition continued until the fighting eventually commenced. Do you see how it works? By the way, I lost that one… handily. I think at one point during the bout, I actually slipped on my own books during the fight, and he started kicking me while I was on the ground. How's that for karma?

When I was in high school I went to a party out on a dirt road in the middle of nowhere. Rule #1: do not go to a party on a dirt road in the middle of no where (for any number of reasons). Anyhow, at one point during this party some extremely intoxicated fellow whom I had never met in my life came up to me- with the fire blazing in the background- and said through his half closed eyes (and in a terrifyingly calm voice); "Why you over here talking (bleep) about me?" I responded; "I wasn't talking (bleep) about you." He said; "I saw you looking at me and talking about me." I explained again; "I do not know what you're talking about." (Unlike Simon Peter, I really didn't know the man, even if I was warming myself by the fire). He then repeated himself again; "Why you wanna talk (bleep) about me?" There is definitely a pattern to this. Incidentally, this is when you know you are in deep trouble. When you try to explain yourself, and there is not even a hint of any attempt to try to understand your perspective; "Oh dear, my apologies! I thought thou wert speaking junk of me, but I was sore mistaken! Can I buy thee a drink?" No. Indeed, by repeating themselves over and over, they reveal what's really going on, which is essentially that they want to lay a whoopin' on someone and you happened to have won the lottery ticket. Said whoopin' did not take place because fortunately I had a few very large friends who extracted me from this unsavory situation… on that scary dark dirt road, interestingly referred to as the "Crossroads."

So in what in sense does this relate to Jesus' trial? In essence, this is what the chief priests and scribes did to Jesus (though the Romans did their dirty work). According to the Gospels,  Pilate is looking for grounds to punish Jesus when he is brought to him. However, try as he might (and he does), he cannot find any solid evidence. Consequently, he looks for some other opportunity to escape from the cross hairs of this mock trial, but cannot find any. At one point he even tries to get Jesus released by appealing to a Jewish custom, whereby a prisoner is released on Passover. But instead of seeking his release, they ultimately exonerate Barabbas, a murderer and insurrectionist.

After all, these bullies don't want someone who really might "deserve it", they want the innocent and the vulnerable. For whatever reason, the true bully always prefers slapping the taste out of the mouth of someone who is least likely to deserve it. The bully reviles innocence, and loves it when this type of man is squirming like some sort of lab experiment under the knife. Hence the religious leaders, along with the rest of the crowd, ultimately prefer Barabbas to the innocent man. In fact, they practically embrace the murderer, if only to guarantee the conviction of Jesus.

When asked "why", they, like every other nasty bully in history, reveal their true colors. As it turns out, it had nothing to do with sound reasoning, justice, nor even blasphemy against their Faith. Indeed, they themselves were willing to blaspheme the God of Israel if only to nab their man; "We have no king but Caesar… If you let this man go you are no friend of Caesar?" John 19:12, 15

In any case, there is always some morsel- some kernel of truth in what is said in these situations. Yet the truth is only inserted into the narrative in order to create the impression that what the accusers are doing is justified. Truth under these circumstances is purely a means to an end; a useful masquerade employed for the purposes of inciting a spectacle of violence. And so because most people generally prefer the powerful rush of a spectacle to the restraint and sobriety involved in virtue, they often join in and shout; "Fight, fight, fight!", rather than oppose a mob and face potential reprisal.