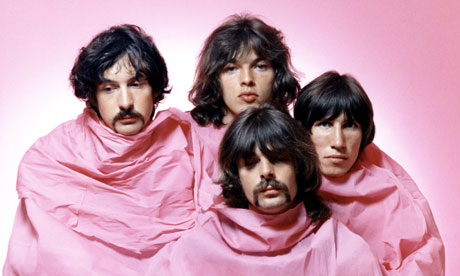 In the Pink Floyd song "Keep Talking" there is a sound bite from famous scientist and theoretical physicist Stephen Hawking, which states; "For millions of years mankind lived just like the animals. Then something happened that unleashed the power of our imagination… We learned to talk." Of all the "something happened" declarations in the history of the mankind this must be the largest. It reminds me a little of that "Yadda Yadda" episode on Seinfeld. The rest of the statement, frankly, is little more than window dressing around the "Yadda Yadda something" that appears almost unassumingly at the end; "Millions of years ago mankind lived just like the animals, then yadda yadda, we learned to talk". For the time being let us leave aside other glaring questions, like how did man get in the picture in the first place, and where did this strange magic we call imagination come from, and instead focus on the central point, which is how this whole business of talking (may have) started.

Point being, "something" no doubt did happen, and whatever that something was it most certainly involved the action of a higher creature. One does not need religion to make this assertion. Simply look at the phenomenon of feral children (i.e. those cases where a child is neglected to the point that they really do behave more like animals than human beings). Indeed, it is only in the presence of a higher, more developed being (especially a being that treats a human with with love and respect), that the human himself develops the capacity to do the same. Without that encounter humans and animals are difficult to distinguish, especially in terms of their behavior. Even animals themselves, when encountering the affection of human beings, begin to exhibit higher functions. This explains the behavior of domesticated animals.

Thus, when movies like 2001: A Space Odyssey introduce a "mysterious monolith of musicality" as an explanation for man's evolution, there is no doubt some truth in that. And when Richard Dawkins suggests that aliens of a higher intelligence "seeded" themselves onto our planet, he is no doubt speaking within the realm of logic. After all, from his perspective God is not only an "other-wordly" reality, but he is in fact an "alien" and a "stranger". From a Christian perspective this higher being is simply called Abba/Father, and the more we share in His divine friendship the more we ourselves resemble that higher being.

So "something" really did happen millions of years ago, something which gives us the ability to talk, to tell jokes, to exult in beauty, and to build breath-taking cathedrals. The only difference between a Christian view and a purely scientific one, is that while a scientist may hypothesize "something", "aliens", and/or "a musical monolith", and then offer that as an explanation for man's evolution, we, having no particular beef with the former, go a little further, suggesting that the reason man has reason at all, comes down to the fact that "Something" must have possessed it from the beginning.