The 5 Most Patronizing Break-Up Lines


To "damn with faint praise" is an expression that is used when one is given what appears to be a compliment, but in truth is a "shove off". It is bad enough to be rejected by someone you care about, but it is quite another thing for them to reject you while patronizing you at the same time. Not that I have any personal experience in this department (a very reliable source has revealed them to me), but below are a list of five ways in which someone can at once break your heart and at the same time convince themselves that they are really letting you down easy: 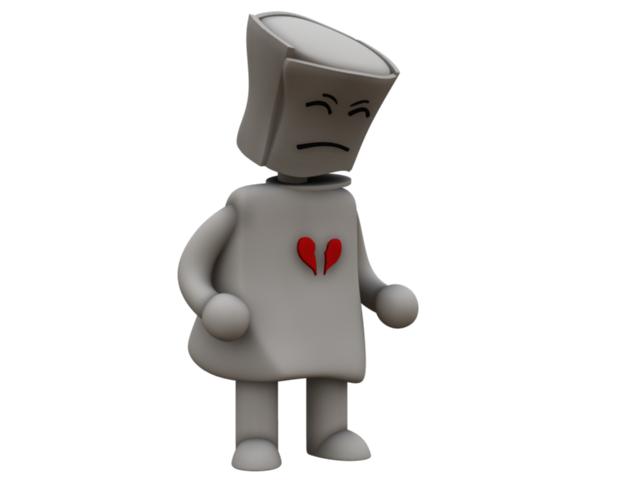 This may sound somewhat promising at first; after all, the person who says this seems to be suggesting that they are leaving the door open for a possible future with you. Naturally, you then conclude that if you will only wait around long enough she will eventually realize what an incredible catch you are. Think again Godot- such words are generally a misdirection meant to distract you while she is slowly but definitively cutting ties with you. While you are plotting and planning the ways in which you will ultimately win her over, she is planning ways to avoid your calls.

Yes she does. Perhaps the most popular of all break up lines, this is most certainly the absolute death knell of any relationship. For those who see a kind of hope in such a phrase, don't, because there is none. Of all the men who have ever heard this phrase, few relationships, if any, have survived to tell the tale. If getting dumped is a lot like getting shot, well then these words are meant to be the equivalent of a "silencer". If it were a lullaby, the words would probably sound something like this "Hush little baby don't say a word, momma's gonna leave you and never come back." The melody is soothing, but the reality, much like many nursery rhymes, is quite disturbing. In her mind, she may mean every single word of what she says to you, but what she means by it is probably something that runs about as deep as being admitted to her list of 500 friends on Facebook.

Nothing like breaking someone's heart, and turning yourself into a martyr at the same time. Not only does she stick the knife right into your heart, but she simultaneously places a halo on her head. Certainly women tend to be the more compassionate of the species, and I do not doubt that they hate to see anyone suffer, but I also imagine that their pathos extends equally to themselves as well. While the man is wailing and gnashing his teeth, she seeks to avoid this immediate unpleasantness by brazenly telling you that [in a way] she is actually the one who really deserves sympathy. Now if she meant this phrase literally, that would be perfectly understandable, for she would in essence be saying; "it's not you who wants to break up with me, but I you". However, what she is saying is far more convoluted. She is saying that she is so far beyond repair that she is not capable of being in a relationship with you... sigh.  God bless the man who believes this nonsense, for he is the reason the expression "ignorance is bliss" exists. Once again, not that I have any experience in this category, but I can say with relative certainty that she means it's over. Now some well meaning chap (not named Chapman) may take this as a call to convince her that she is indeed worthy of your love. Nevertheless, do not be surprised when you find that you are utterly incapable of "saving" her from this tragic state. Why? Because she is not really trying to recover her long lost sense of self-worth- she is trying to break up with you.

If a girl ever says this to you, ask her to finish the statement. In this case, as opposed to the others, the phrase really does trail off into oblivion. There is a good reason for that. If she leaves it as it is she could mean one of any number of things; "If I had met you at another time, I would be telling you the same thing as I am right now" or, "if I had met you at a different time, it would have been a different time". The point is this statement really doesn't admit to anything, though nevertheless leaves you with the distinct impression that she is saying that she would be with you- had she met you at the "right" time. Gentleman, she is saying nothing of the sort. She may want you to believe that this is what she is saying, but alas, she is not. The reason this "shove off" is particularly cloying is because it is the most condescending of all. It is like she is patting you on the head and telling you, I am too old for this kind of relationship, but if I were a little kid again, or at least had sowed all of my wild oats and got that out of my system, then I might consider you as a potential fall back. Yes, you represent the same kind of solace to her as a child's favorite bear or blanket, but like Christopher Robin and Pooh, she has outgrown you. I will not presume that there is not some truth to this sentiment, but in the final analysis, wherever the truth lies, it is not in your favor.

Of all the break up lines that I am unfamiliar with, I am least familiar with this one. Whenever, this phrase is uttered, the "dumpee" may initially take solace in the fact that if he can't have the dump-er at least no one else will. However, even your solace will soon be taken from you. Indeed, she may not want to date anyone right now... if by anyone we mean you. Yes, by these standards she will remain single and celibate for the rest of her lonely days. But if by "anyone" we mean "anyone but you", then you are probably closer to the truth. In my limited experience, if a woman says this to you, not only is she interested in dating others, but she may in fact be dating someone already. And even if she is not dating someone at that very moment, it is highly likely that, either;  a) she already has her sights set on someone else and/or;  b) she will enjoy a remarkable and speedy recovery, thereby putting an end to this "tragic period of mourning and self examination", and somehow find the strength to go out on a date within a week or two of telling you this. I do not say this to men so as to cause more grief, but rather to lessen the surprise when you do go out to a restaurant and see them with another man. I know, she practically had you convinced that she was going to join a cloister, or at least go on a soul-seeking mission to discover her previously elusive purpose in life. Little did you know, that her soul-seeking mission would look more like "Eat, Pray, Love", than a pilgrimage to Lourdes.

If I have left any out, please offer them in the comment section below. I would especially be interested in hearing what women believe to be the most patronizing break-up lines, for I have not at all mentioned the lame excuses that men use for ending relationships.