Why Atheists and Agnostics Should Defend Religious Liberty 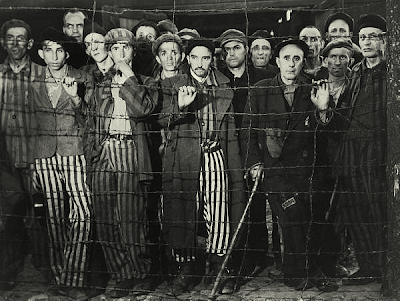 The presumption of many today is that religious liberty is a matter which only concerns those who are religiously inclined. This could hardly be further from the truth. The concept of religious freedom goes well beyond whether or not one is able to attend church or believe certain things about God. Indeed, everyone knows that even at the height of the Cold War in the Soviet Union people were attending church and believing what they chose to believe. And certainly religious freedom includes the ability for one to practice their religion privately without interference from the government, but, once again, it goes much further than that.

The first amendment to the Constitution, like the first commandment in the Decalogue, is not happenstance. The commandments and the amendments are listed in the order of their importance. In practical terms, this means that one dare not remove the first principle unless one's intention is to lose all the rest besides. For this reason alone it would be more than a little prudential to understand the significance of our own country's "first commandment". Many who originally came to the shores of this country did so under the impression that they would be able to practice their religion freely. However, by enshrining this principle in the Constitution, the founding fathers were elevating more than religion; they were elevating the freedom for a man to live according to his own lights and conscience. This includes the freedom, not just to think certain thoughts, but to live in accord with those thoughts (presuming that one's actions do not deprive another of their own); "Congress shall make no law respecting an establishment of religion, or prohibiting the free exercise thereof; or abridging the freedom of speech, or the press; or the right of people to peaceably assemble, and to petition the government for a redress of grievances." Notice, freedom of speech is inextricably bound up with religion. Why? Because without religion there is no freedom of conscience. This even includes the rights of those who choose not to believe in anything. Thus, to defend God's existence is to defend your right to deny his existence. Ironic isn't it?

How can this be, you say? Let us consider for a second what freedom is and what a conscience is. Whether one recognizes it or not, both are supernatural principles, for the basis of each one requires belief in things that are scientifically and empirically unverifiable. The idea of freedom is only possible in a world where the individual is regarded as having an intrinsic worth and dignity. How does one derive the idea of worth from evolution, and how does one derive the idea of equality in a world with such blatant disparities? I will tell you where. They are derived from the Christian conception of man being in imago Dei (in the image of God). And what about conscience? On what secular basis does one determine that there is an inner voice, belonging to each human being, which is the very essence and authority of their being? This certainly did not come from those who view humanity as little more than a glorified piece of meat. Some may say what we call conscience is merely instinct. Go ahead, but if you do, you also forfeit any real reason to honor it. And unless we believe from the outset that the individual conscience has a dignity all its own, who the hell cares what their convictions dictate?

The truth is that everything that makes life worth living is empirically and scientifically unverifiable (beauty, love, conscience, freedom, free will, dignity, etc.). Can you prove that we have free will, or that love really exists? Nevertheless, these are the very things upon which our world turns (the earth's axis itself cannot be observed). Hence, the agnostic and the atheist have a choice that lingers before them, and it is not an easy one. They must choose whether or not to reject or accept a principle which they themselves cherish, but in no way can be upheld by their philosophy. Indeed, based on their own philosophical worldview, the first amendment to the constitution, as has been discussed here, must be deemed superstitious, and might I add, "unconstitutional." But if they do follow this pattern of thought to its end, they will most certainly lose far more than a theological proposition. For as they are unceremoniously taken away in shackles to a gulag, no one will bother consider whether or not this is humane; after all, who can really verify scientifically that there is such a thing as human rights in the first place?

Posted by Blergalicious at 3:37 PM