This sounds like the start of a joke. Unfortunately, if it were, it would be the kind that, as the Bee Gees once said, "started the whole world crying". You know how it goes- Eve was beguiled, bewitched, and ultimately bewildered by the proposal of the serpent, in spite of the fact that Satan so deceitfully and cynically contradicted the will of God. She had won the lottery by being situated in Eden in the first place- but perhaps there was an even better deal. Thus, she fell for the "double-speak" of the serpent, the one who is the true begetter of "hocus pocus", the one in whom everything appears to be something, but is, in reality, little more than empty show.

Yet where was Adam in all this? Why wasn't he there to prevent this debacle from happening? According to Scriptures, it seems he was there, technically, but pretty much did what he always does in history when he isn't being the man that he should be.

He is there in body, but not so much in terms of virtue. Pink Floyd wrote a song about it. Wish You Were Here is not so much a song about physical proximity, but rather a lack of mental and emotional presence. And so apparently Adam was there the whole time, but nevertheless did nothing... that is until the crime was already in progress, at which point he formally cooperates, and then goes about blaming everything in creation for his own failure (Exhibit A: "it was the one you put here; she gave it to me so I ate it"). Thus, like some little Gerber Baby in the garden, he offers absolutely no resistance to Eve's proposal to sup on the tasty death fruit, though he does seem to have quite a strong opinion when comes to assigning blame. 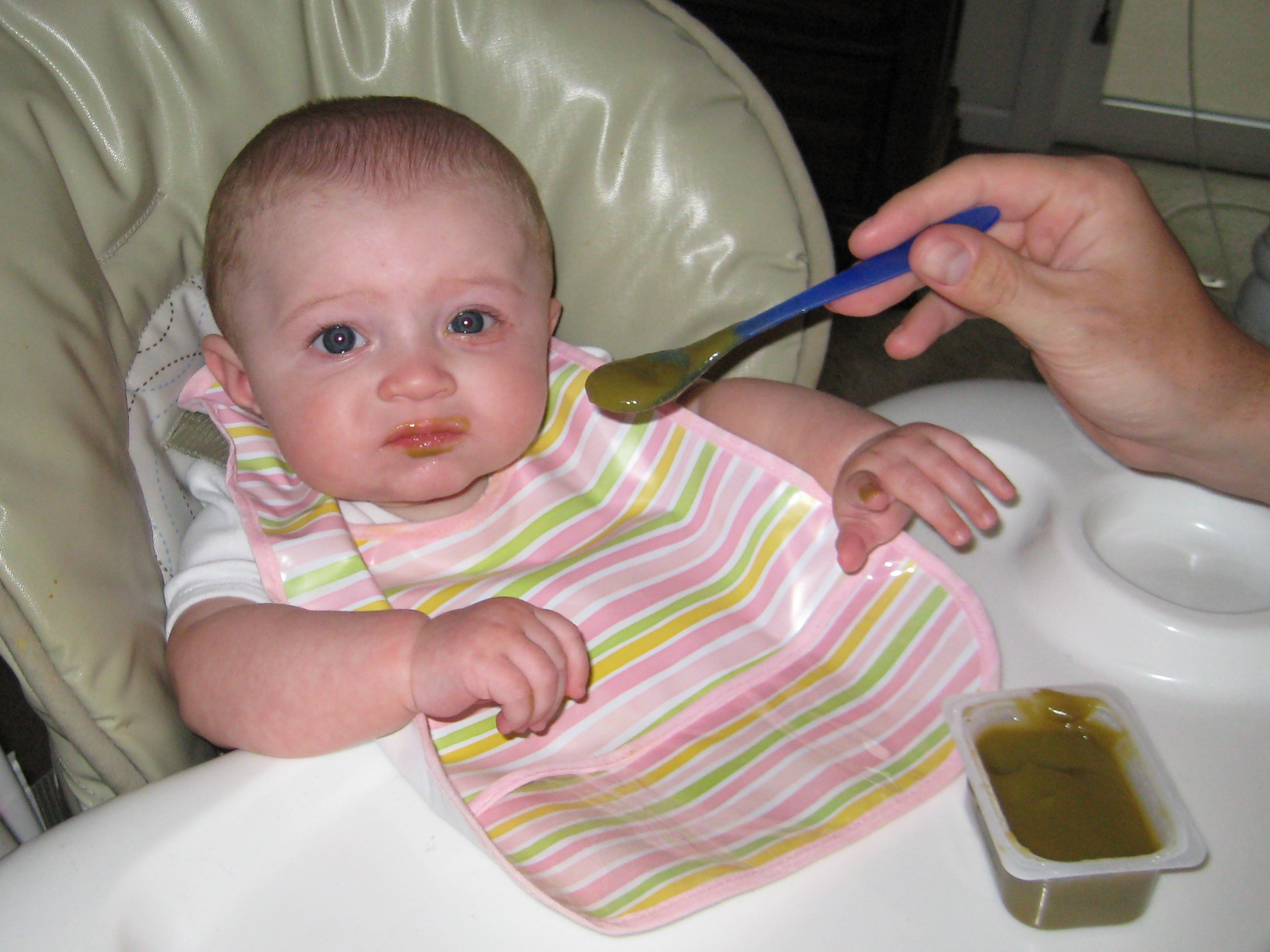 There is a moral/ethical term that is commonly used in the Church for the respective culpability of both actors. The term that the Church uses for such an ethical failure is referred to as the "sin of commission" and the "sin of omission". The first involves a crime in which an individual concretely acts in a way which transgresses the moral law. The second involves the "action" of one who, ironically, fails to act in a situation where both justice and conscience demand such an action (usually in order to prevent some evil).


Considering all of this, it is then highly appropriate that the particular punishment Adam and Eve received suited their respective crimes. In other words, because Adam failed to act (viz. sin of omission), his punishment involved a corresponding physical virtue: "Cursed is the ground because of you; through painful toil you will eat food from it all the days of your life. It will produce thorns and thistles for you… By the sweat of your brow you will eat your food." Because he failed to act heroically, his "labor" (so to speak) will take the form of a kind of physical sacrifice.

On the other hand, Eve's punishment, most fittingly, involves a kind of internal labor. Why? Because quite simply she failed to show the proper restraint in a situation in which she should have restrained herself. Hence, her agony will come primarily from within, and her sacrifice will involve, above all, the pain that comes from a deep empathy and compassion, a virtue which is capable of sharing the agony of others, and may even mitigate at times, but is nevertheless incapable of removing it entirely; "I will greatly increase your pain in childbirth; with pain you will give birth to children." (Genesis 3:16). This is not to say that both men and woman don't share the same punishment in some respects, but in this instance what Genesis is focusing on is where the punishment is most acute for each party.

While Eve's punishment seems linguistically tied to the actual "labor" of childbirth, it would seem obvious, for any number of reasons, why this form of suffering encompasses far more than the physical act of child birth, and ultimately extends to the entirety of what it means to be a mother. Who can define all the ways that a mother "labors" internally in the name of the child of her womb (or even the child that she hoped she would bear in her womb)? 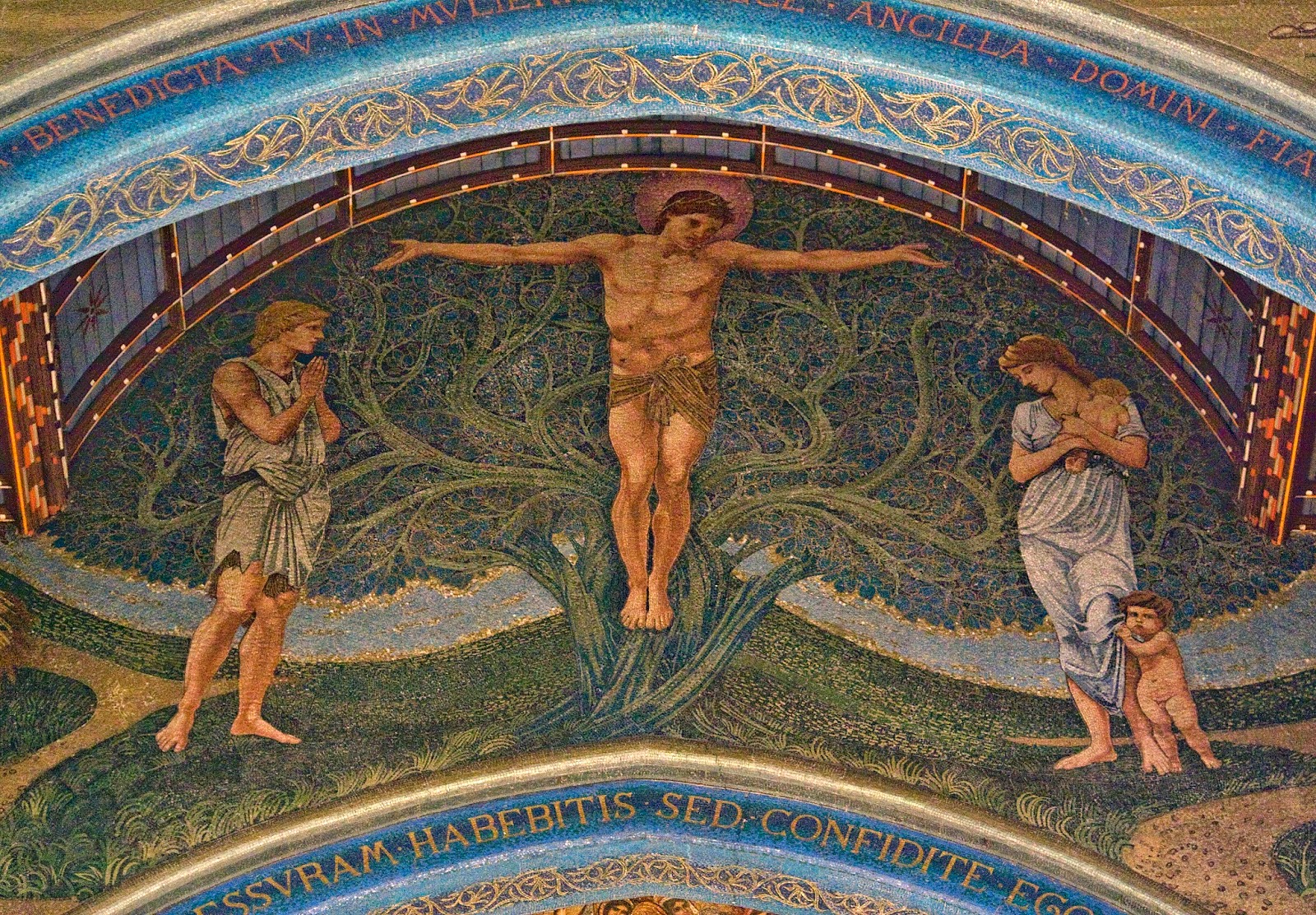 So what image can be offered in order to shed light on this somewhat mythical event (along with well its subsequent punishment)? What story can offer both a rewind and a fast forward of what it means to both pay for and undo what has been done in the past? First point: Christ did not come to say the past did not happen; he came rather to change the significance and meaning of the past through the cross. Thus, in grammatical terms, he turned the "period"of everlasting death, into a conjunction, or an ellipsis, if you will, which gives us a second chance to be eternally happy, or as Oscar Wilde put it;


"The moment of repentance is the moment of initiation. More than that. It is the means by which one alters one's own past. The Greeks thought that impossible. They often say in their gnomic aphorisms; 'Even the Gods cannot alter the past.' Christ showed that the commonest sinner could do it. That it was the one thing he could do. Christ, had he been asked, would have said- I feel quite certain about it- that the moment the prodigal son fell on his knees and wept he really made his having wasted his substance with harlots, and then kept swine and hungered for the husks they ate, beautiful and holy incidents in his life. It is difficult for most people to grasp the idea. I dare say one has to go to prison to understand it. If so, it may be worth while going to prison."

Thus, it was on that fateful tree, as reported in the Gospels, that Jesus bore witness to what it looks like  to truly become an Adam, or rather a Christ. Indeed, this second Adam, by the bloody sweat of his brow in a garden, amidst the thorns and thistles of his most exquisite passion, stands arms outstretched in front of the tree of knowledge of good and evil, blocking his beloved from tasting the bitter fruit of everlasting death. Like one who stands in front of a speeding car or freight train, he offers his body up so that she might live.

Far from being remote, this Adam both "labors" to protect his beloved, and labors to show her his fidelity and affection. Unwilling to throw his wife under the bus of accusation, this "Adam", in stark contrast to the former, makes excuses for the behavior of his bride; "forgive them for they know not what they do" (in this sense I am speaking of the bride as the Church collectively). And in spite of his feelings of abandonment, he does not blame the father for his God-forsakenness, but rather maintains his fidelity until all is accomplished.

At a short distance there is stands one who is silent, but not remote, one who is faithful because she will not be moved from her pedestal of loyalty. She is the true Eve, the Stabat Mater, the one who genuinely "stands by her man" throughout his trials. While in the original garden, Eve "labored" as she brought forth death into the world, this new Eve "labors" because she must watch her beloved take this burden upon himself. Indeed, her heart is lanced by the flaming sword of the cherubim because she cannot get to the tree of life without first enduring His death. She cannot save this Adam from the load he must bear because of the first. If her own will were done in this situation, the cross (and thus death) would be placed on her own back, or perhaps removed altogether. Hence, her agony is fundamentally indistinguishable from his, even while she is not the one on the cross.

I will not speculate here on whether this "second Eve" experienced pain in giving birth to Jesus, but what is undeniable is the excruciating pain she encountered in giving birth to mankind through the death of her Son. Thus, can anyone deny what pain she must have endured, beholding the child of her womb suffer to the degree that he did?

A colleague of mine once eloquently described the experience of raising a child. "When you see them", he said, "it is like watching your heart outside your chest running around." And what better way to describe the nature of trinitarian love? Perfect love really is a kind "out of body" experience; it really is so selfless that the lover experiences everything (whether joy and sorrow) through eyes of the beloved. It is almost as if their experience is more yours than your own, and vice versa.

And so also with the story of our lost Eden. The hell that the first one begat was the direct result of complete and total self-centeredness, an absolute autonomy, a dictatorship of ego which looks to collapse everything into the black hole of one's own personal preferences. The new Eden, one the other hand, is the exact the opposite. This Eden is so consumed (or consummated, if you will), with the work of salvation, that if anything in it "collapses" at all, it is on account of the kind of labor that accompanies the man who sacrifices his body in the name of perfect love. 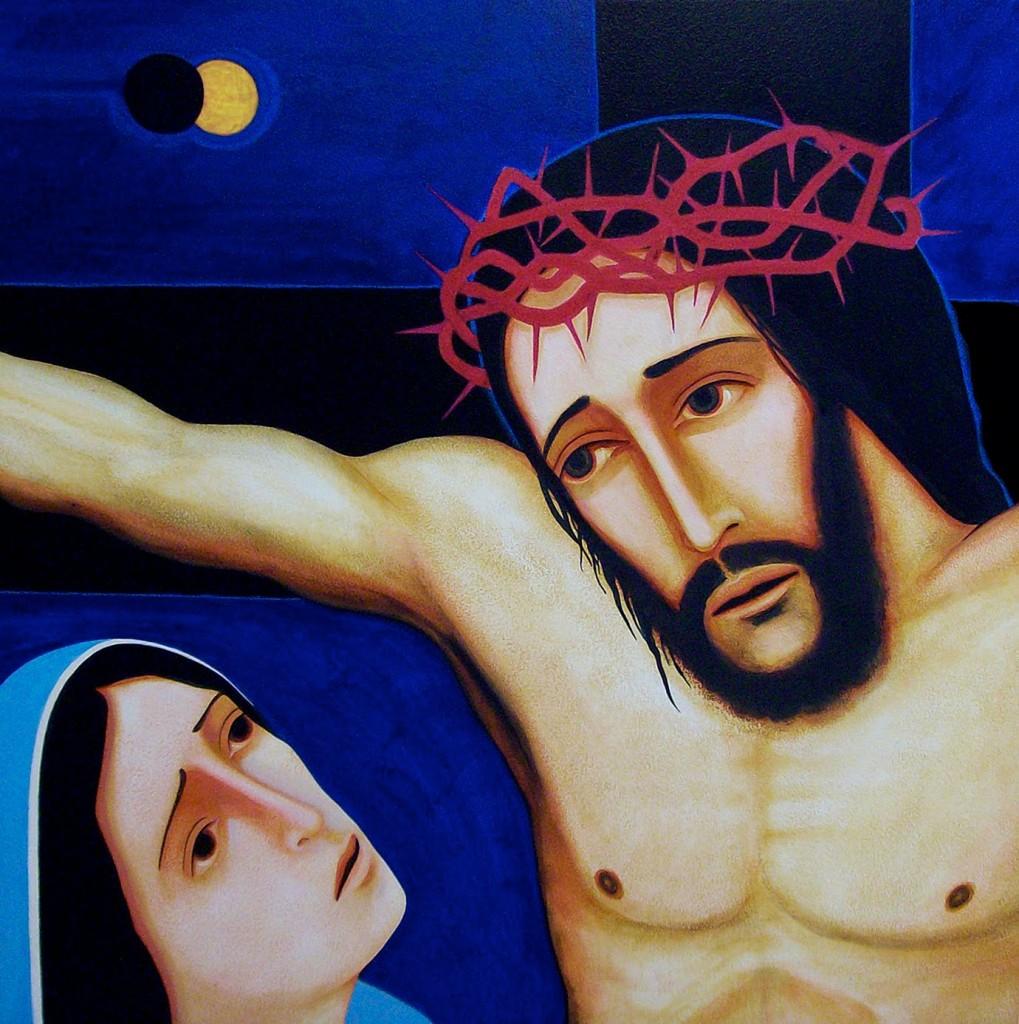