The Shawshank Redemption and Why Understanding Song Lyrics Is Overrated 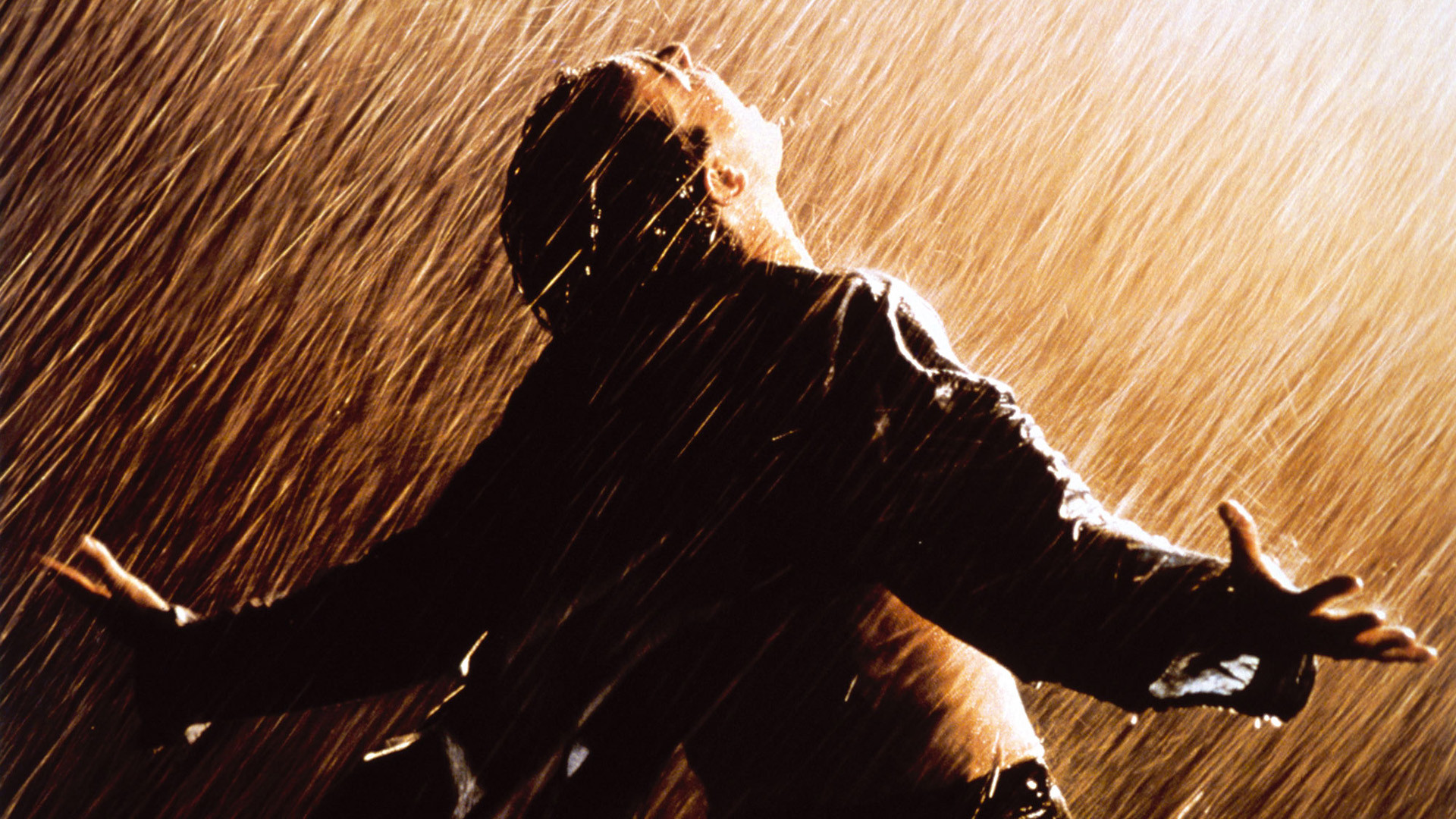 Have you ever read the lyrics to your favorite song only to realize that what it sounded like they said was far more interesting than what they actually said? The music, coupled with the singers vocal stylings, can impute a depth to the lyrics that the lyrics don't actually have. At any rate, I am the type of music lover who is interested in the story behind the music, so whenever I like a song I naturally gravitate towards the lyric sheet. However, over the years I have come to realize that some things are better left misunderstood, or at least untranslated. To give an obvious example of this, how might one for instance translate "Alleluia"? Would you say that "Yay!" is acceptable, or what about "Woo-hoo!" The truth is when it comes to our everyday language we use any number of songs, phrases, aphorisms, and prayers that are not translated from their original tongue, not because we understand the exact meaning of the words, but because, more importantly, we understand their substance. This is not a post about alliteration and the texture of how words sound in their original form, but can anyone deny the pleasure of saying or singing certain phrases in their original tongue? "Salve Regina" or "Je ne sais quoi" immediately come to mind. Indeed, the flow of certain phrases, a certain mystery of language, the power of wise sayings sound as if they are from distant lands... because they are. Which brings me to two of the most exquisitely beautiful scenes that one will find in cinema, both of which possess, how shall we say it, that certain linguistic "Je ne sais quoi" I have been getting at this whole time.

The first scene comes from The Lord of the Rings: Fellowship of the Ring. After Gandalf the Grey presumably dies in Khazad-dum, the other members of the fellowship flee, and soon find themselves in realm of the elves. Gandalf was apparently quite dear to the elves, so they are profoundly saddened at the news of his "falling into shadow". Consequently, they begin to chant in the most haunting and beautiful of tones in order to lament his passing. When one of the members of the fellowship hears this he asks Legolas (an elf that is with the company) what they are singing about. He tells them, in essence, that it is too painful to reveal, especially with all of the events being so fresh in their memory. Soon after, one of the Hobbits (Sam-wise) gets up and tries to offer his own poetic lament, but against the background of their celestial chant, it sounds clunky and awkward, provoking him to abruptly sit back down. This is not to say that Sam's attempt was not adorable and appropriate in its own way, but by comparison there is clearly something more haunting and beautiful about this elvish hymn, something that might be betrayed were it to be translated into the common tongue.

The second scene which I would point to comes from the Shawshank Redemption, and is for my money, even more beautiful than the previous scene. The movie itself is about a man who is falsely accused of murder and must serve twenty years in a state penitentiary. His name is Andy Dufresne (played by Tim Robbins) and he quickly shows himself to be a rather resourceful inmate. Generally speaking, the other inmates respect him. And perhaps more importantly (at least for the purpose of the scene) the warden finds his talents quite useful for his own designs. More to the point, Andy used to be a banker and so is able to help the warden (and others) get around paying some of their taxes. As a result, he is given special privileges, which he generally uses to benefit his fellow inmates and bring a little humanity inside those prison walls. In one instance he continually petitions the state for books in order to start a prison library. After failing on numerous occasions to have his request granted, he apparently annoys them so much that they finally send him books just to shut him up. He writes them twice as much after that.

Yet something else was included with the books that was in some ways even more exciting. As Andy opens the boxes he sees that there are vinyl records inside along with the books. He is told rather pointedly by the Warden to get those things out of his office immediately (or by the time he gets back). The warden then leaves and Andy is left with one of the prison guards who apparently trusts him enough to leave him alone as he uses the bathroom. However, while in the bathroom, Andy decides to play one of the albums which happens to be the "Marriage of Figaro". At first the officer simply asks Andy what's going on, but soon Andy gets another idea. He decides to lock the bathroom door as well as the door to the Warden's office. He then proceeds to play the music over the intercom for everyone in the entire prison to hear. Morgan Freeman, who plays the narrator in the film, and who is also one of Andy's fellow inmates and friends, describes it this way; "I don't know what those two Italian ladies were saying, and the truth is I don't want to know. I like to think that it was something so beautiful that it can't be expressed in words and makes your heart ache because of it." If ever there was a scene that epitomizes what movie-making should be, this is it.

However, as a consequence of Andy's "mischief", he receives two weeks in the hole, which must seem like an eternity. Yet when he comes out again and joins his fellow prisoners for dinner, he surprises them by saying that it wasn't that bad because he had "Mr. Mozart" to keep him company the whole time. When they ask him what he means by that, he simply explains that there are some things (inside themselves) that the warden can't take, and that music (among other things) is a necessary reminder that there are places beyond these walls that are not made of stone. Truly, these scenes communicate what all cinema and art should seek to communicate. They remind us that amidst our earthly strife, we must never forget that there is a beauty beyond the prison walls of daily life, lyrics to a song so beautiful that they cannot be transcribed in this life, and "make your heart ache because of it."

Posted by Blergalicious at 4:38 PM