Advent in Hell… and a Way Out This is Hell: people fighting over useless crap because the useless crap is 40% off the original price. The great irony of this particular type of hellish instinct is not that it can be simply ascribed to a kind of mindless contempt for Christmas. To the contrary, it is a worship of Christmas. Every day is Christmas in Hell- which perhaps explains why my greatest nightmare is to one day hear Christmas songs played in town over a loud speaker during the dog days of summer. In this sense then you may call me an atheist, for I do not believe in the God of instant gratification.

The problem consists primarily in the fact that the Christmas Hell believes in has no Advent, and therefore no expectation of a child. It is a barren wilderness of wires, buyers, and hysteria; an ostentatious revelry without any discernible reason for celebration; a mass of bodiless hands ceaselessly grabbing and pulling at one another, with the lone requirement, not that they are obtaining something valuable, but simply that they are taking it from someone else. Such will be the destruction of the spirit of Christmas. Hell knows this, for this is the prescription for the destruction of all things. Use it until its useless. Which is why Jesus once likened Hell to the local garbage facility, the place of "wasted" things, a tidal wave of refuse. On the other hand, Advent from a believers perspective (or as it was originally intended), is a season of anticipation. Just as one awaits with longing for the birth of a child, so we too have great expectations about what the future holds. But since the future has not yet arrived, we are incredibly careful never to be too presumptuous about the results. Just as there is a kind of muted hope and longing in the song O Come, O Come Emmanuel, so a spirit of prayerful silence is always apropos during this season. However, the silence about which I speak is a contemplative one, a pregnant pause if you will, not one that is dead, empty or depressing. 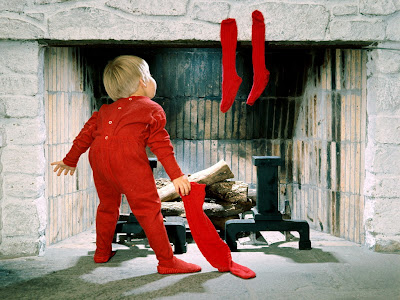 Recognizing the need for a little jubilation during this season of quiet exuberance, the Church offers several opportunities to celebrate the coming of Christ (in ecclesial language it is called a foretaste). For example, there is the Feast of St. Nicholas, which allows for a little mini-Christmas during Advent in which parents sometimes leave treats/presents for their children in empty shoes in front of the bedroom door (a practice which recalls events from the life of the real Saint Nicklaus). There is also the Solemnity of the Immaculate Conception, wherein the Church celebrates the conception of Mary in her mother's womb without the stain of original sin. This feast really does provide a foretaste of Christ's coming, for in a singular way this miracle tells you that God is about to do something extraordinary. Then there's Gaudate Sunday, which is the third week of Advent and proscribes that the congregation engage in an ecstatic burst of early Christmas cheer, shedding for a day the more somber penitential colors for something a little more bright and cheerful. Even so, as Christmas rapidly approaches, believers are asked to pause once again in order to prepare for the final push. During this period the worshippers are asked to recite the "O" antiphons, which are the liturgical and spiritual equivalent of labor pains. These take place during the final days before Christmas, beginning December 17th and concluding on the 23rd- "O Wisdom from on high, O Adonai, O Root of Jesse, O Key of David, O Radiant Dawn, O Desire of Nations, O Emmanuel…. Come Lord Come! 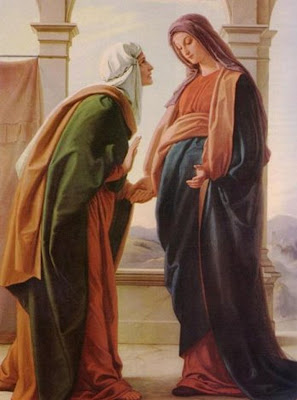 These birth pangs, coupled with this joyous season of preparation, are the perfect recipe for the Christmas season, nay, they are perfect recipe and disposition for joy in all seasons of life. The spirit in which one prepares for the coming of Christmas is the true Tao of living, the perfect rhythm of joy and gratitude. The virtues that are imparted during this marvelous season of Advent are the virtues of Heaven (and incidentally the "vices" of Hell): patience, longing, humility, gratitude, and anticipation. All who nurture such dispositions will never want for the wonders of God, and will soon discover that it was for this that we were made. Children understand this more easily than we, in part, because we have the power to make them wait for their glorious gifts. But we as adults must nevertheless rediscover this child-like spirit by being obedient, not to our biological parents, but rather to our theological ones. Indeed, we must follow the season in the spirit that Our Mother the Church has instituted it (with approval from the Father of course). If we will only follow this instinct, we will not only discover the joy of Christmas' past, but so also the joy of Christmas present and future. For instead of being exhausted by the imminent approach of Christmas and wishing to put an end to it, we will rejoice and exult in the realization that the jubilation and celebration has only just begun.

Posted by Blergalicious at 2:25 PM